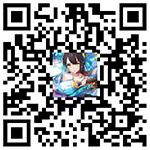 Sheltered by the Destiny Goddess, the Easter Land has lived in peace for 1000 years until the Queen of Demon Andariel breached the wards of light. She leaded her Chaos Legion to invade. Thus, creatures corrupt... Gods fall... the flames of war spread. Easter Land has sank into endless darkness. At the same time, the Xenogate, intertwined with the the world's destiny, has opened, with more than 200 heroes traveled through time and space. The journey of saving the world is about to start.

【Game Feature】
1. Real ACG Manga game experience, artistic animation for characters and Japanese voice actors lead you to enjoy the game of different dimension.
2. It only takes taps to start the 24 hours nonstop offline battle. Upgrade automatically even put aside the game.
3. More than thousands of heroes in different era has joined in game and been waiting for your summon. The war across the time and space will be triggered at any time.
4. Plenty of ways to play: Roguelike, team battle, loot Ores and World Boss. It even contains 12v12 multiplayer fight.
5. Unlimited stamina allows players to enter dungeons for many times. Top Up is not needed.